Need help finding a high-quality and trustworthy SEO vendor? We evaluated companies that have expertise in working with businesses across eight categories and analyzed the data to give you our list of the best SEO companies in Atlanta.

Atlanta is the capital of Georgia and its most populous city, with a population of nearly 500,000 people. Hartsfield-Jackson International Airport in Atlanta has also been the world’s busiest airport by passenger traffic since 1998. The economy of the Atlanta metropolitan area is the 10th largest in the United States, with at least seven corporations that employ more than 10,000 people and about 100 major corporate headquarters. Dominant business sectors in Atlanta include trade, transportation, utilities, and business services. The Atlanta area also has a growing community of SEO professionals, especially in high-tech areas such as healthcare, biotechnology, and communications.

If for some reason the agencies listed above didn’t meet your criteria, here are some additional resources that might aid in your search:

We analyze 3 different SEO company rating services and assign a score to each company.

We analyze the quality of the on-page work that an SEO agency has done for their own website.

We analyze the quality of the backlinks of each SEO firm.

We take into consideration where a company ranks for the keywords that they are targeting.

We take into account media mentions as a way to gauge the quality of the SEO company.

We look at the companies that have placed trust into each firm.

We contact each firm to learn about pricing, responsiveness, and to gauge friendliness of company representatives.

8. Contribution to the SEO Community

To determine how knowledgeable a company really is, we look at what they are contributing via blogs, social, conferences. 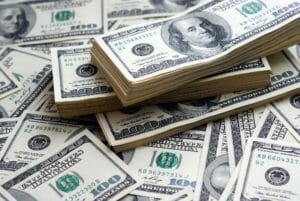 How Much Does SEO Cost? Prices to Expect for a Reputable Company

Search Engine Optimization pricing is about as clear as mud. With SEO in high demand and high supply, it’s hard to know what pricing is worth it let alone legit. Countless businesses sell SEO services but rarely do they advertise a breakdown of cost. How do they even determine what the pricing is? What different […] 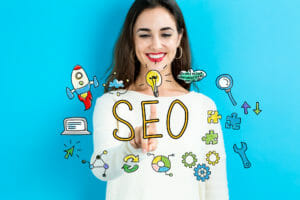 How to Choose an SEO Company

Hiring out search engine optimization can be scary. SEO, in general, seems like it’s a magic trick, and there’s so much that could potentially go wrong if you’re not 100% sure of what you’re doing. So to help you navigate the sometimes murky waters of hiring an SEO company, I’ve put together this simple guide. […]