Your PowerPoint presentations do need to be easy to read, but they don’t need to be boring.

With innovative, modern fonts for PowerPoint, you can freshen up outdated slideshows (and finally get out of 1990s Word Art).

It’s important that a font for PowerPoint is super clear. Often people will need to read the text quickly from a distance.

Make it easy for people to read your slideshows without compromising style.

Try these 21 clarity-driven fonts to optimize and update your PowerPoint presentations.

What should I look for in a font for PowerPoint?

PowerPoint is a slideshow program designed to present information.

This information is typically delivered on screen, and usually as a summary alongside a speaker.

As a result, text in PowerPoint needs to be easy to read quickly.

Clearly-digestible fonts get information across more succinctly, as the letters are simpler to comprehend at speed.

When choosing a font for PowerPoint, steer clear of fancy script and jazzy typefaces. 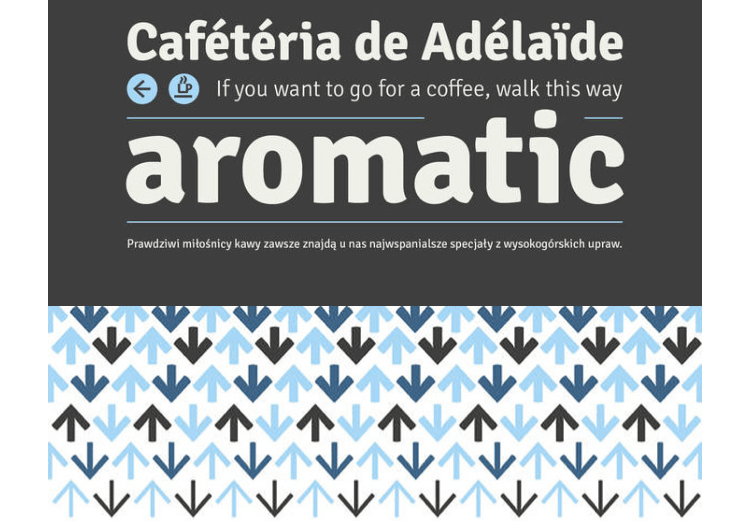 Signika is a stellar example of one of the best fonts for PowerPoint.

Yes, it is a sans serif font, but that doesn’t mean it’s boring.

Notice how it works well for both header text and smaller body text.

On PowerPoint slides, this typeface suits your main titles and any subheadings or bullet points.

Kill your next meeting with a stunning font for PowerPoint slides that show you mean business.

Design professional, modern-looking slideshows that underline your key points and show off your creativity.

Scouting the best fonts for PowerPoint? Try one of these. 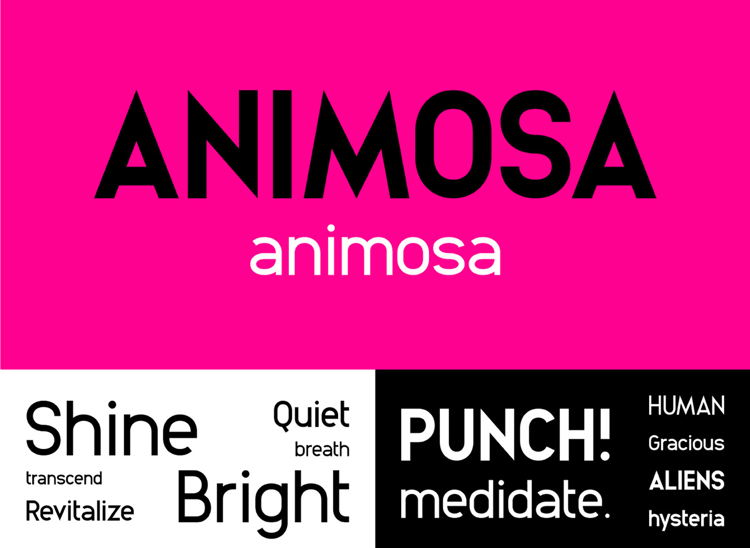 Animosa is a classic example of a top font for PowerPoint presentations.

Firstly, notice how easy it is to read each letter — both in uppercase and lowercase.

The tall capitals are close together while the lowercase letters have regular spacing. This creates the illusion of having two different types of fonts on your PowerPoint presentation. 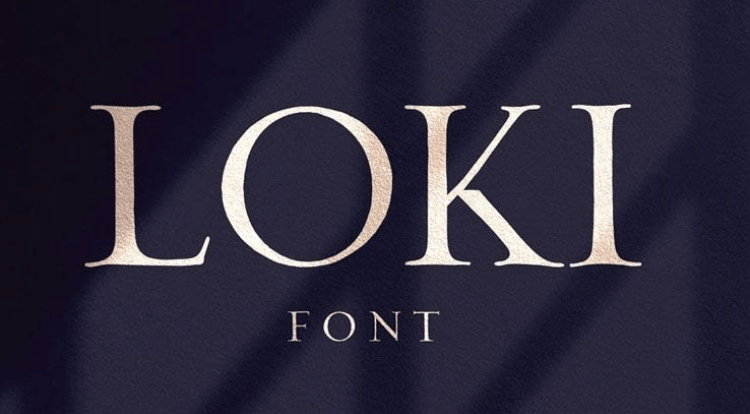 Looking for a sophisticated font for PowerPoint presentations? Try Loki.

The Loki font has a strong base in serif and Roman fonts. However, believe it or not, it’s a handwritten font made up of hand drawn brush strokes.

Note the slight curves on the horizontal bars. This hints of handwritten beauty, while still offering a simple-to-read typeface — the perfect font for a presentation slide.

Enjoy uppercase and lowercase letters, along with numbers and a range of common punctuation. 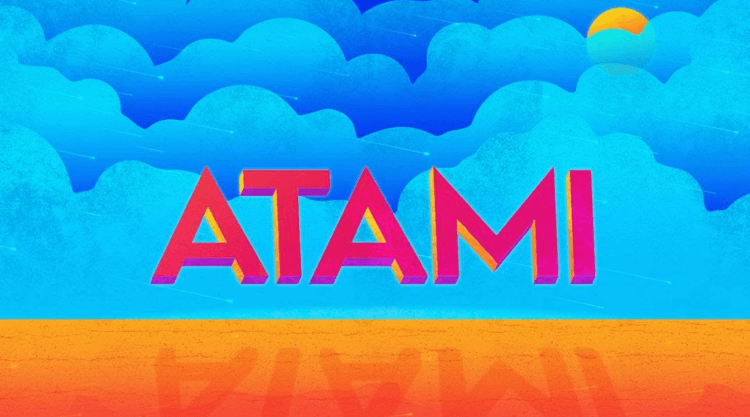 In search of a bold font family to spruce up PowerPoint slides? Try Atami.

This astounding array of fonts offers everything from simple sans serif letters, to bold slab lettering, to an adorned alphabet with diagonal decor.

Each typeface works well as a headline font and for the body text of slides. The highly decorative alphabet is best for headers.

Available in two weights and three styles, you can mix up lettering for your own creative spin. 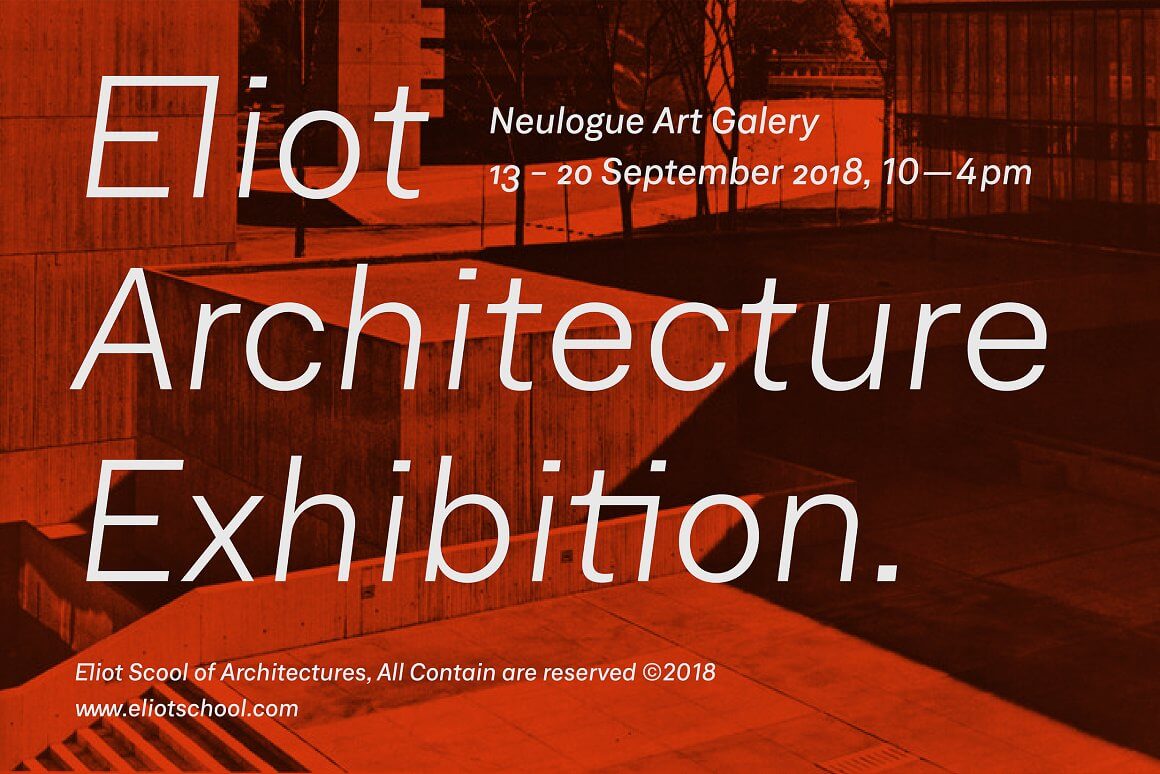 If you’re looking for something basic, try the Neufile Grotesque font family.

Offering you six different weights to choose from, this font is ideal for headers, subheaders, body text, and bullet points.

Clarify your slideshow messaging with bold and italic options for each font weight.

This font comes with numbers, symbols, and a range of punctuation. 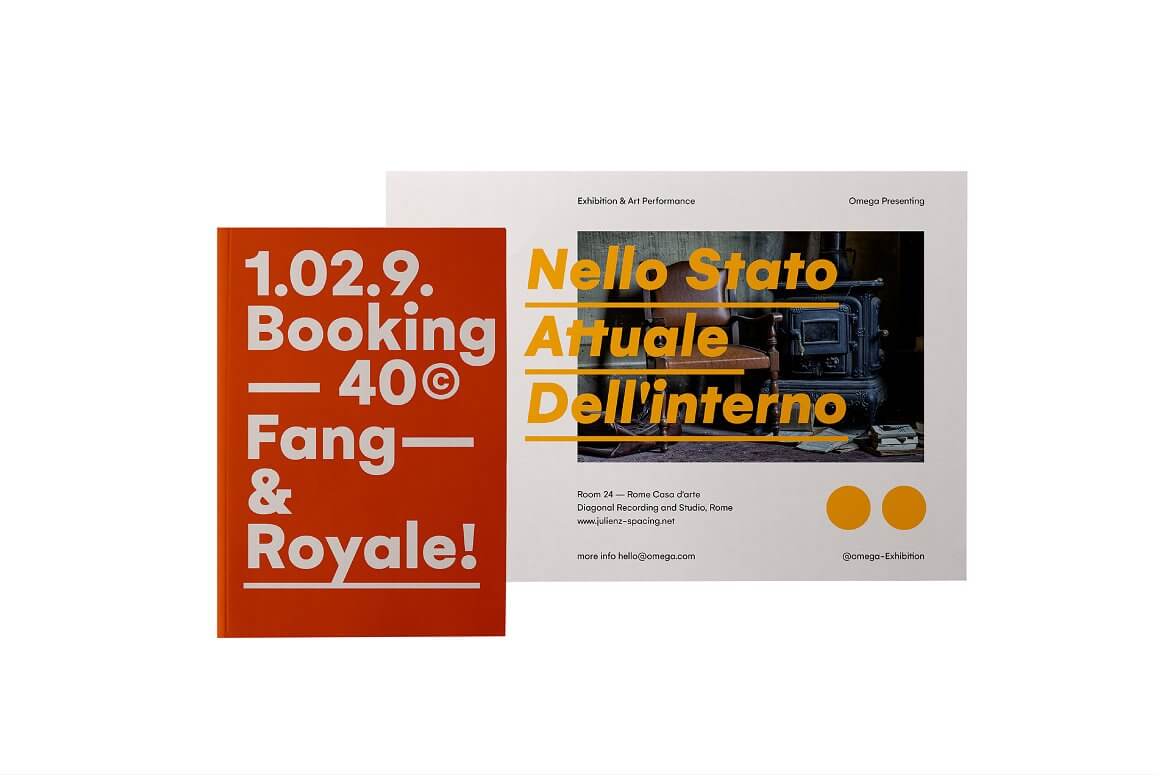 You can’t get better than the Gelion Typeface when it comes to a font for PowerPoint.

You can see how straightforward it is to read this font from a distance. The monospaced lettering and wide, round shapes bring clarity and digestibility.

Explore uppercase and lowercase letters, along with popular punctuation and common symbols. You can also use italics on this font.

Oozing style, this elegant font is ideal for PowerPoint presentations.

The wide letter spacing makes it easy to read the typography.

What sets this typeface apart, however, is its broad downstrokes combined with thin horizontal bars and shoulders.

This font works best for PowerPoint in uppercase. 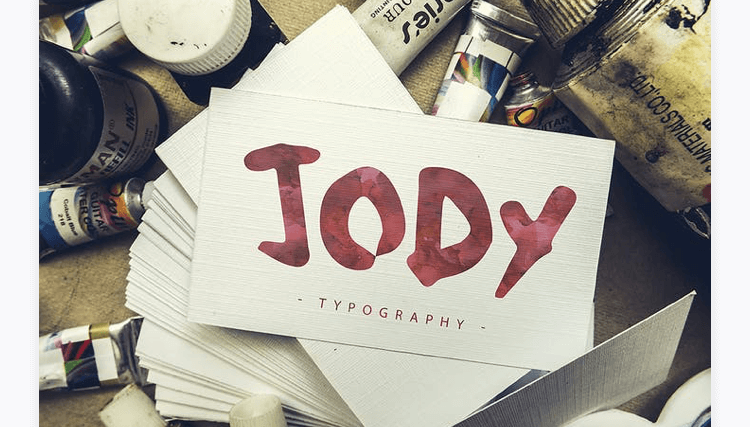 Who says the best fonts for PowerPoint have to be conventional? Why not use the Jody font to uplift slideshow headings?

The thick brushstrokes of this font have a distinctly acrylic look. This gives the handmade typeface an urban feel.

With this font, you’ll get uppercase letters and numbers. 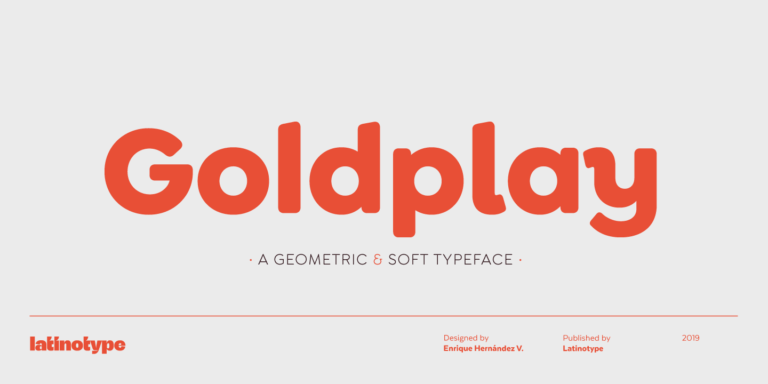 Goldplay is designed for the screen. That’s what makes it such a killer font for PowerPoint.

Check out the curved ears in the letters and the slanted edges to the ascenders.

You’ll have access to lowercase and uppercase letters, as well as numbers and punctuation. 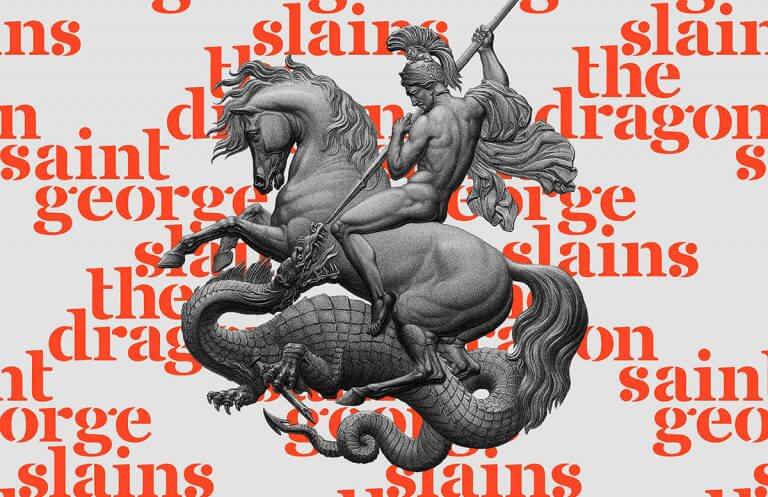 When it comes to a serif font for PowerPoint presentations, you need to be careful. Some serifs can complicate the text.

Not in the case of Saint Georges, though.

This beautiful serif font is ideal for PowerPoint presentation design.

The perfect font for headings and bold text, this lowercase typeface is free for commercial use.

If you’re looking for the best font for PowerPoint that gets a message across quickly, this is your typeface.

Notice how simple it is to read despite the embellishments on the descenders.

Pay particular attention to the ears. They give this font a continental feel. 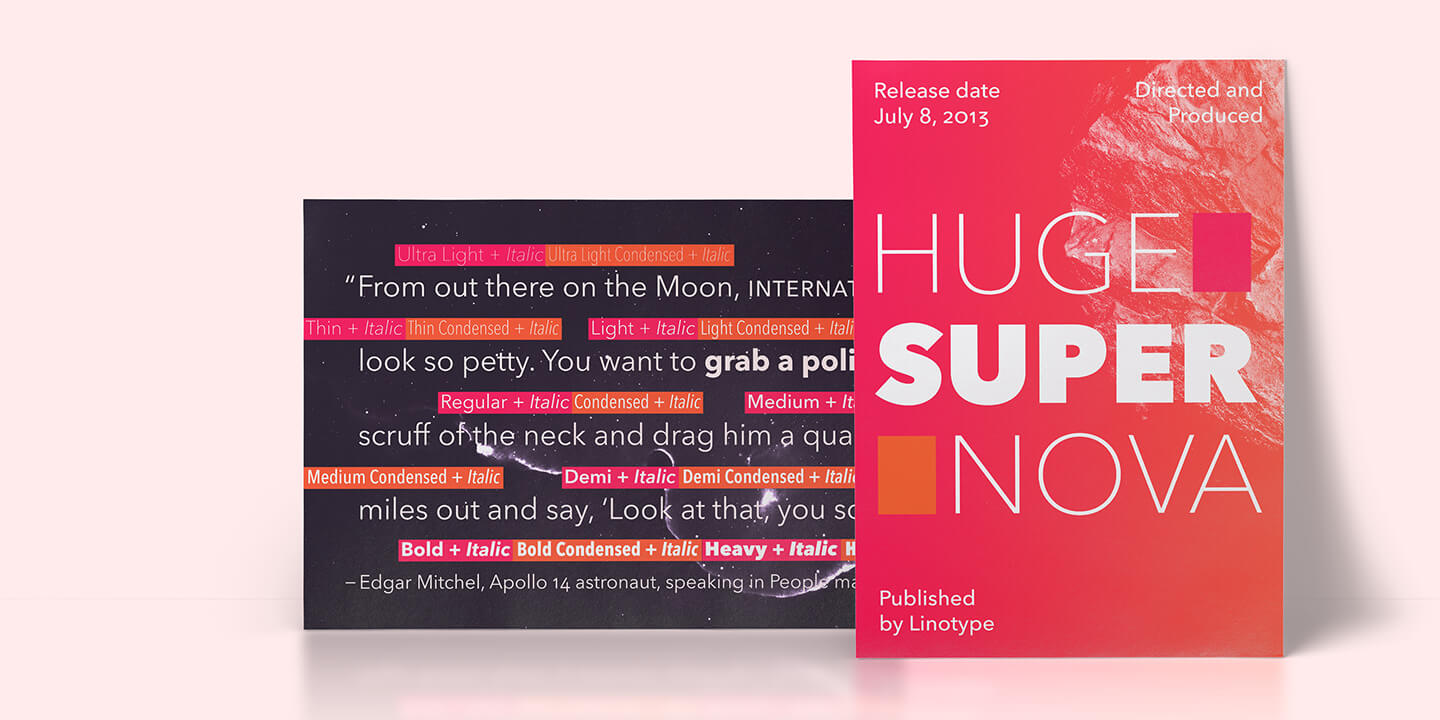 Available in 32 different styles, you’ll never need another font for PowerPoint if you have Avenir Next.

Benefit from bold and italics, along with an extensive range of glyphs and punctuation.

Experiment with letter spacing to create stylish headers and easy-to-read body text on your PowerPoint design. 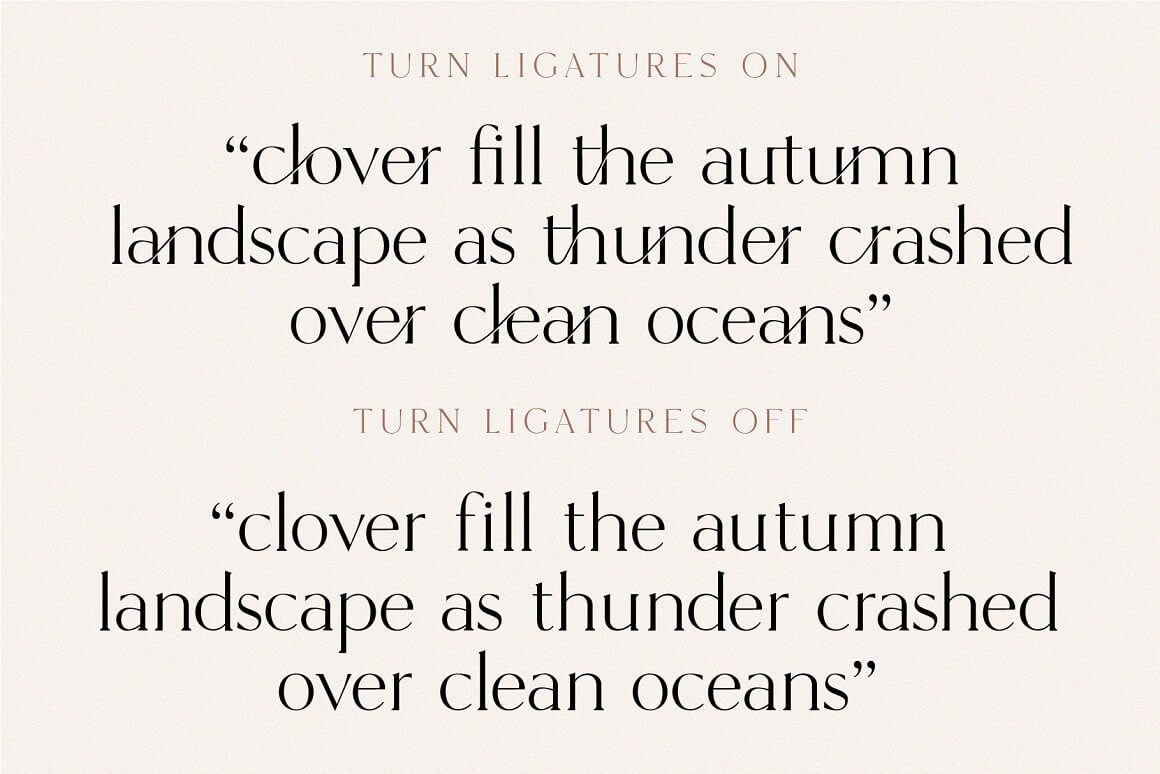 Hunter is a modern ligature typeface that’s a dream for improving PowerPoint design.

Featuring 20 ligatures, you can choose to turn on this feature to join lettering together, or leave it off for standard typography.

Drawing from editorial inspiration, this modern typeface has an informative feel. This makes it a top font for text-heavy PowerPoint presentations.

This sans serif font family offers you a wide range of extremely clear fonts perfect for your slides.

You have access to narrow and thick typefaces, as well as hollow fonts and letters for other languages.

You can play with condensed, normal, and extended text options to create your own font style with this sans serif font. 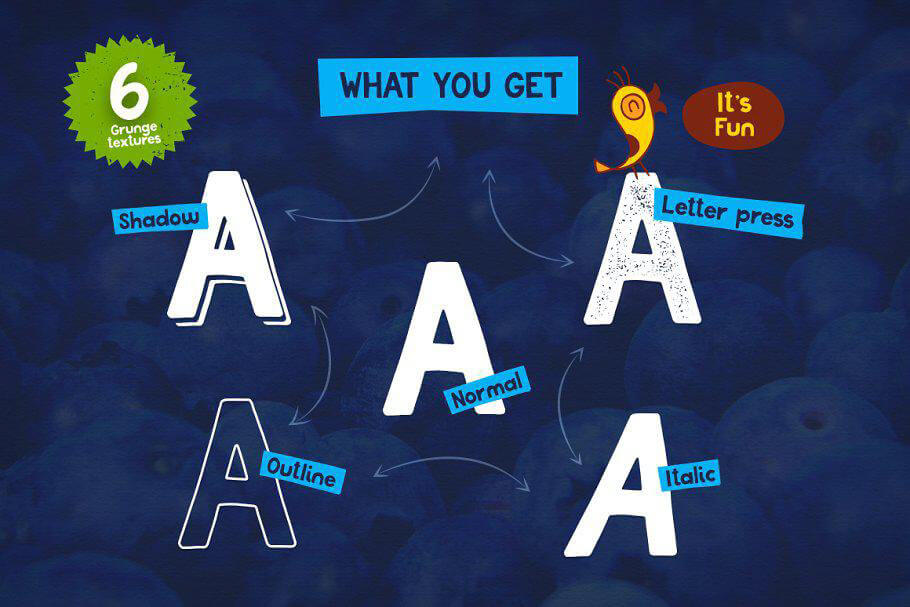 Looking for something a bit more playful for your PowerPoint project?

Blueberry has all you need with this fun font family. With six styles to choose from, you can create bold, slanted, hollow, and textured typography on your PowerPoint slides.

The bouncy font gives a friendly feel while remaining simple to digest. 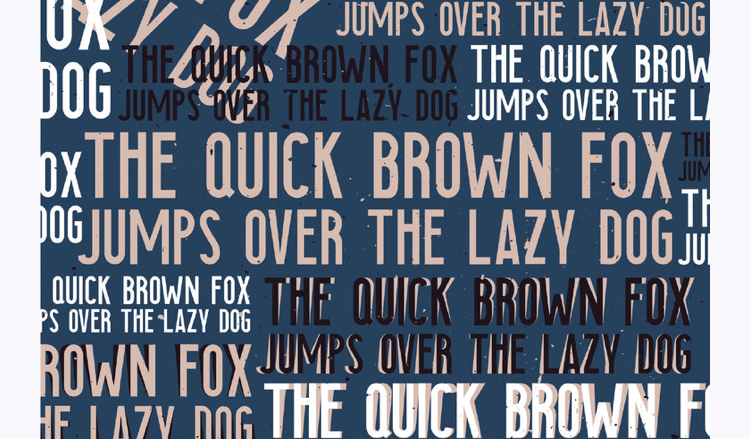 Another outstanding font for PowerPoint presentations, this condensed typeface is a superb font choice for uppercase lettering.

With vintage inspiration incorporated into this font design, you’ll find this typeface pairs well with subtle scripts and Roman fonts. 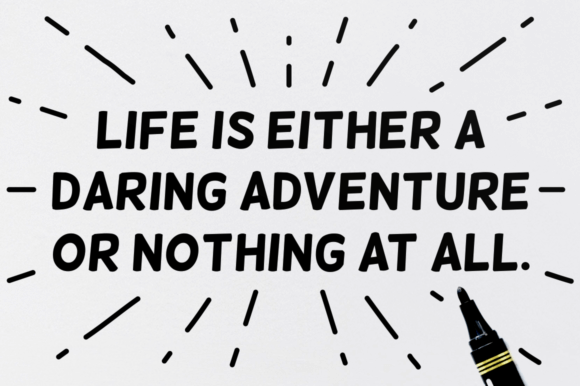 Designed by Vic Fieger, this typeface seems like it was created for PowerPoint.

Crafted to look like marker pen writing, this handwritten font has been optimized for on-screen reading.

Available in uppercase letters only, you’ll find this font gives the feel of a project in working progress — like your PowerPoint presentation is a whiteboard!

Seeking a font with a rustic vibe for your PowerPoint presentations? What about using White Pine?

Designed by Anna London, this adorable font has been crafted for the screen.

Featuring uppercase letters and numbers, this font is ideal for PowerPoint slide headers and subheaders.

Notice the irregular edges of the text. As a handwriting font, this unique lettering provides an exclusive feel for your PowerPoint projects.

Doesn’t the Tallys font remind you of serious newspapers?

If you want an informative, professional feel on your PowerPoint slides, this is the font that will make a statement.

Based on conventional Roman fonts, this typeface brings a chic twist on an old favorite.

Notice the smooth serifs and ears, and the soft, flowing descenders.

This font is remarkably clear and incredibly sophisticated, making it one of the best fonts for PowerPoint presentations.

Goca Logotype isn’t your standard font for PowerPoint — it offers a bit of artistic flair.

This limited typeface is a top font choice for futuristic PowerPoint design.

If you only need uppercase letters, numbers, and a few symbols, you can really upscale headers with this sleek headline font.

Enjoy how the wide letter spacing and rounded characters give a geometric look to your PowerPoint typography. 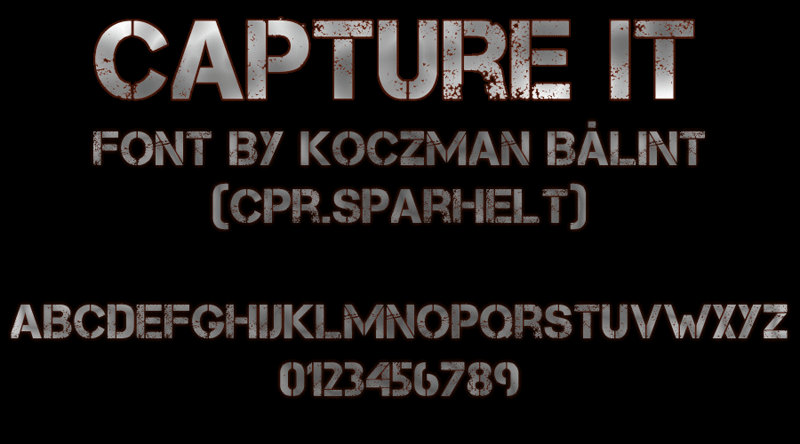 Capture It does what it says on the tin — it captures your attention.

The military-style stencil font is bold and simple to read.

Available as uppercase letters and numbers, this free font does have some punctuation, but it’s limited.

Don’t settle for stuffy presentation design. Use fonts that stand out and show your creativity.

Crafted to look like painted brush strokes, this all-capitals font brings an urban feel to your PowerPoint slides.

As you see, it’s not hard to find the best fonts for PowerPoint presentations — you just need to know what to look for.

Keep away from scrolling scripts and complex brushstrokes. Aim for fonts that increase clarity for your PowerPoint text, such as sans serif typefaces and classic Roman fonts.

If you need more help finding a font for PowerPoint, get in touch with the team at Design Woop.