Computers are, without doubt, one of the greatest benefits of modern technology. Computers have forever changed the way man has worked and the Mac has been a prime choice for most people due to its functionality and ease of use. To keep up with the demands of career and modern life, below are fifteen applications meant to increase work efficiency for group projects and individual work alike. 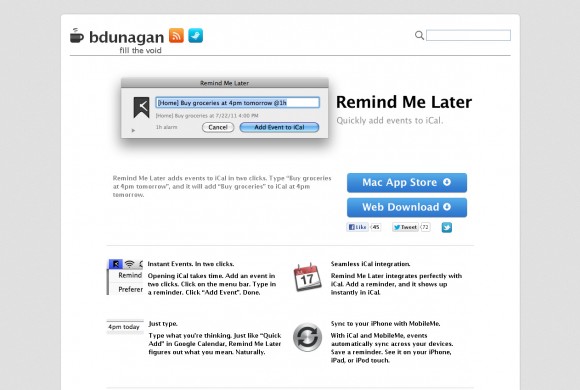 To be used with iCal, this app instantly adds reminders to your list with just two clicks. Add it to the menu bar for easy access, enter in task such as “Call client for an appointment 1PM tomorrow” and with that Remind Me Later automatically organizes things for you and you’re good to go.

This app makes organizing to-do lists easier through its lightweight interface. You can easily drag and drop item lists according to priority, and the application sits conveniently at the corner of the screen without the bulk of other applications. 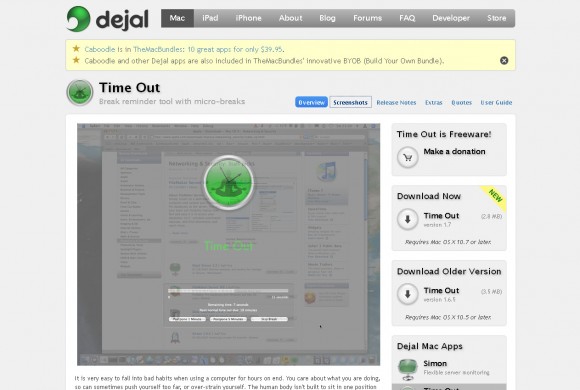 We all need a break. Though being able to focus on tasks at hand is a good thing, being too immersed in a project too intensely for an extended period of time can take up a lot of energy. This might hamper productivity in the long run. Time Out helps regulate breaks that you can custom-make to specify time and duration. 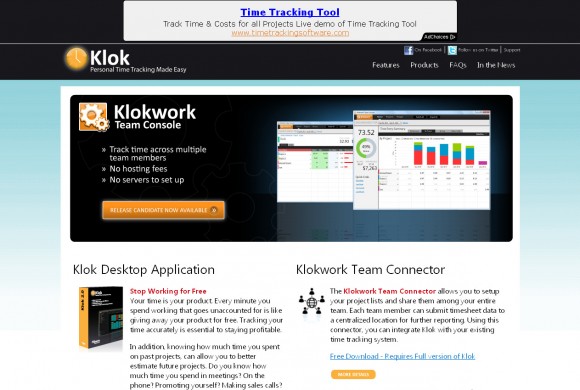 Klok works as an actual time log for how long was the inventory done, how many minutes does it take per day to answer emails, and how fast is it to do the morning readings. A benefit of this is that you know which areas are fine and which areas can be improve. This also answers the question, “Where did the time go?” 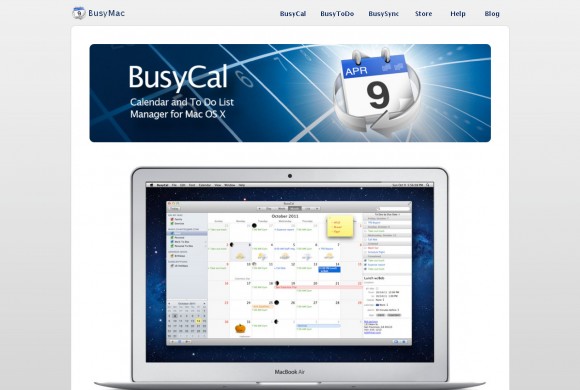 This nifty program synchronizes your iCal seamlessly with your Google Calendar and presents it in a sleek and organized interface. You can share your calendar with your local network which is perfect for the workplace. To-do lists, graphics, and sticky notes can also be embedded while choices of fonts and colors plus choices between monthly, weekly and list view adds a customized appeal. 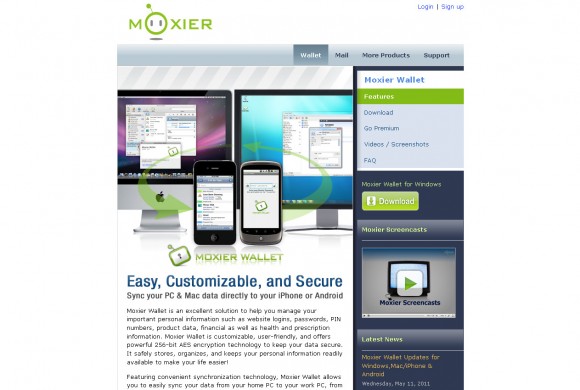 Working with team members for a project would know how this app makes life easier. File synchronization makes sure that documents are shared instantaneously, changes in projects are done in real-time, and double-saving for updated files are almost eliminated. Dropbox offers file accessibility from several places at the same time. 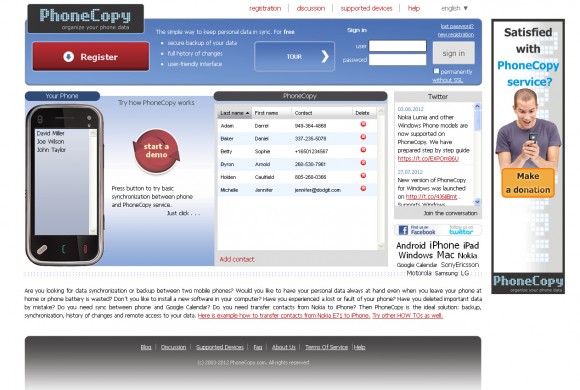 The advent of the smart phone means that mobile phone has become an increasingly important work companion together with laptops, computers, and tablets. This app offers easy backup of data, synchronization, and remote access to contacts and calendars. 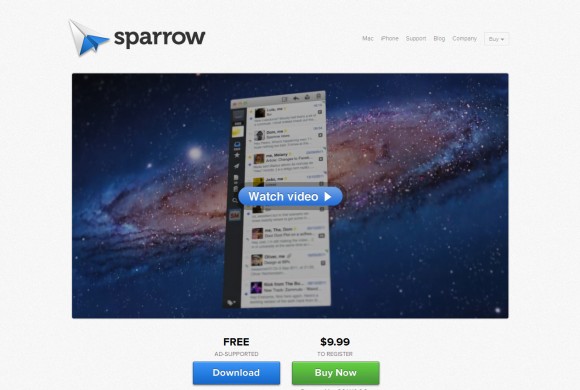 An average person has more than one email address, and having to switch accounts when all those important emails are arriving one by one will prove to be a hassle. Sparrow is a powerful tool that helps streamline all your email accounts into a single inbox. Moreover conversation views, notifications, and trouble-free file sharing makes emailing a lot easier. 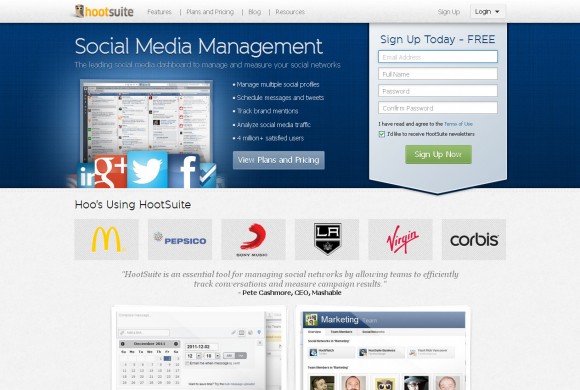 Social media is a great tool for sending out notices and at the same time keeping yourself in the loop with what’s happening in the online world. However, the sheet amount of information could be overwhelming so this app is designed to run multiple social network accounts into a single dashboard. HootSuite works with Twitter, Facebook, Tumblr, WordPress, and Google + among other networking sites.

For Concentration and Note Taking 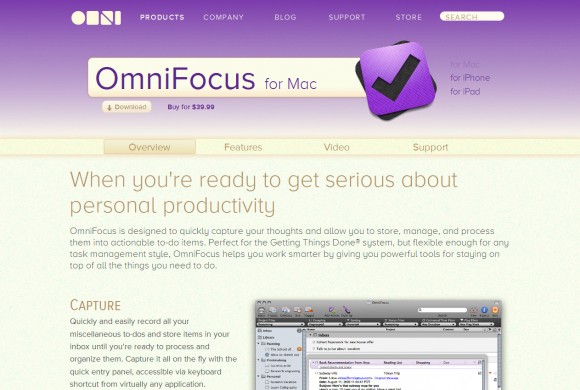 Based on David Allen’s “Getting Things Done” book, this program is meant to capture thoughts as you get them and then allows you to sort them later into tangible plans and to-do lists. With the busy bee in mind, you can virtually list down all the things you need to remember without the fear of losing them later on. This program also synchs with the iPhone and iPad versions, so you have your ideas on the go.

The internet offers limitless possibilities – this statement however, is less appealing when you are struggling to concentrate for a looming deadline. This app turns off your Mac’s networking feature for a certain amount of time to steal you away from the distractions of Facebook, Youtube, and some other curiosity you might be itching to look up on Google. 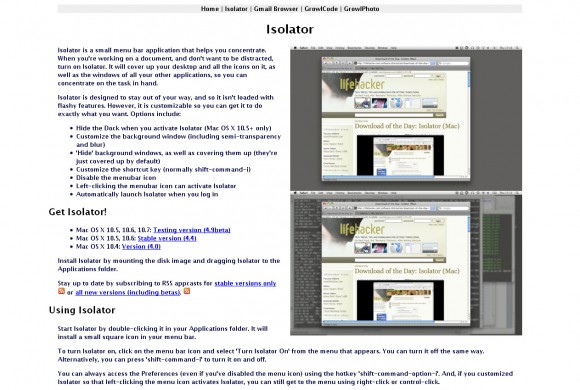 This little button on the menu bar minimizes distractions by dimming the rest of the screen, save for the app at hand. Brightness and dimness can be customized according to your preferences while the app itself is designed to be as inconspicuous as possible, hence the non-flashy features. 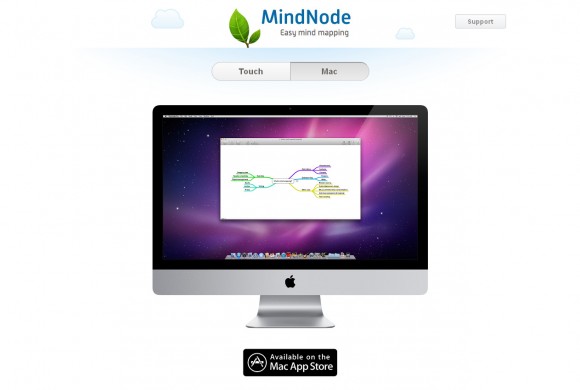 Organizing files is one thing, organizing ideas is different. Mapping thoughts is important for critical thinking, problem solving and generating creative ideas. This would prove especially useful when presenting ideas visually. The clean interface makes space to focus on the thoughts at hand. 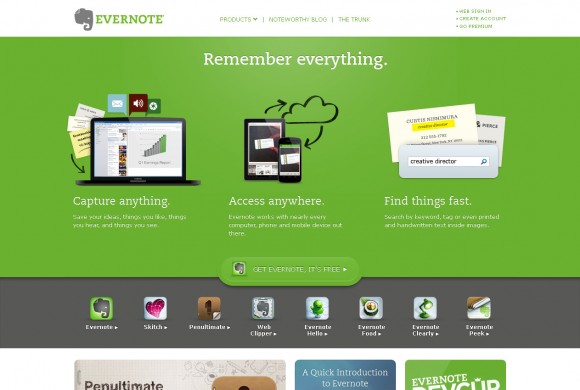 The human brain is literally bombarded with information every single day, and this app essentially lets you keep track of all the important stuff through words and multimedia. This proves to be tremendously useful for research, as stored information can conveniently be accessed through searchable archives while information can be easily tagged, sorted, commented on, and exported for whatever purposes.